Today, Mikey has come on by to share a bit of our honeymoon! This is a two part series.  Rome today and next Thursday we will share about our time in Paris.  Enjoy! 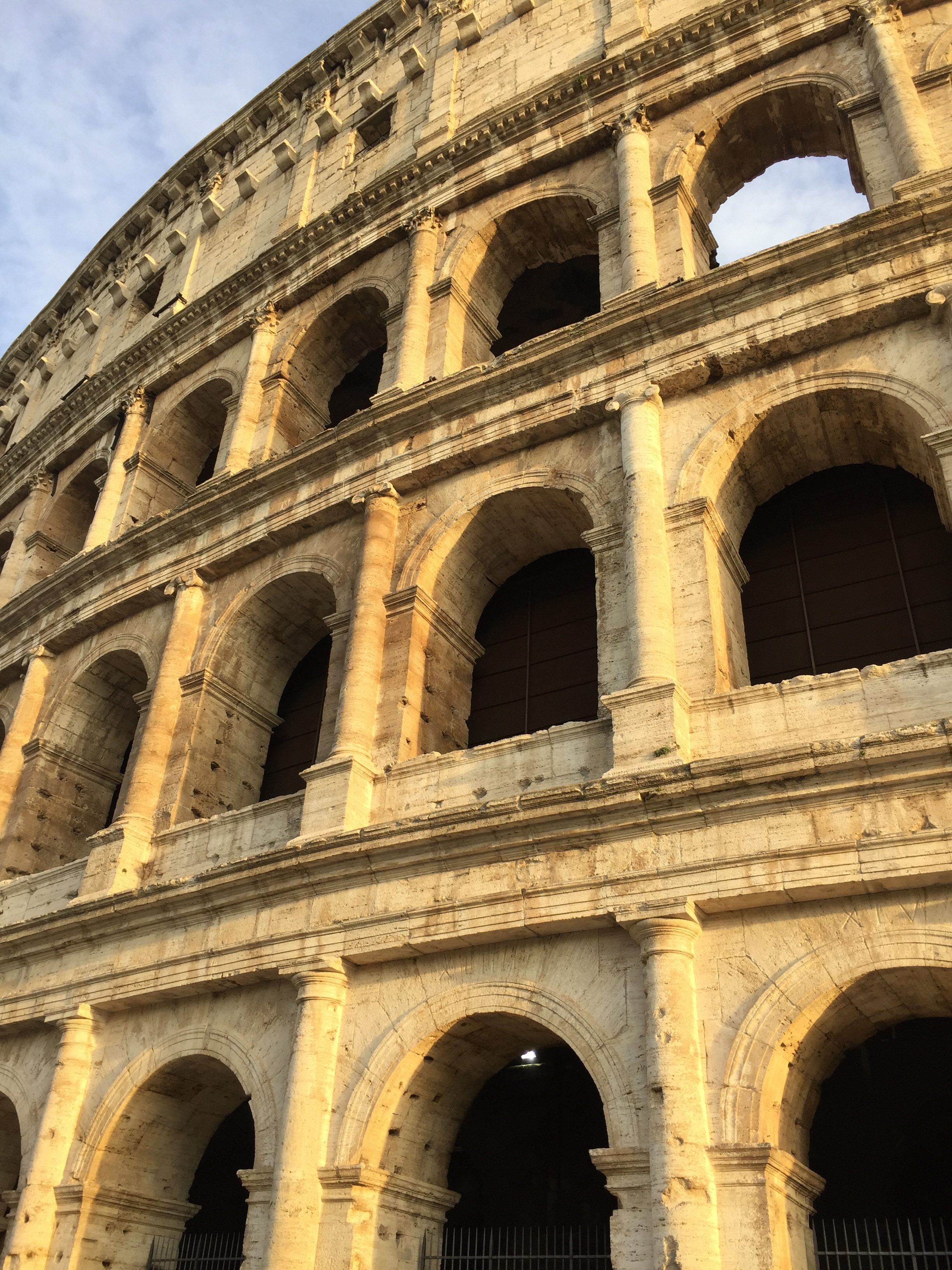 For our honeymoon, Sophie and I decided from the start that we did not want a typical, beachy or outdoorsy trip. So that ruled out a lot of places… No Caribbean cruise… No cabin in Tennessee… etc etc. 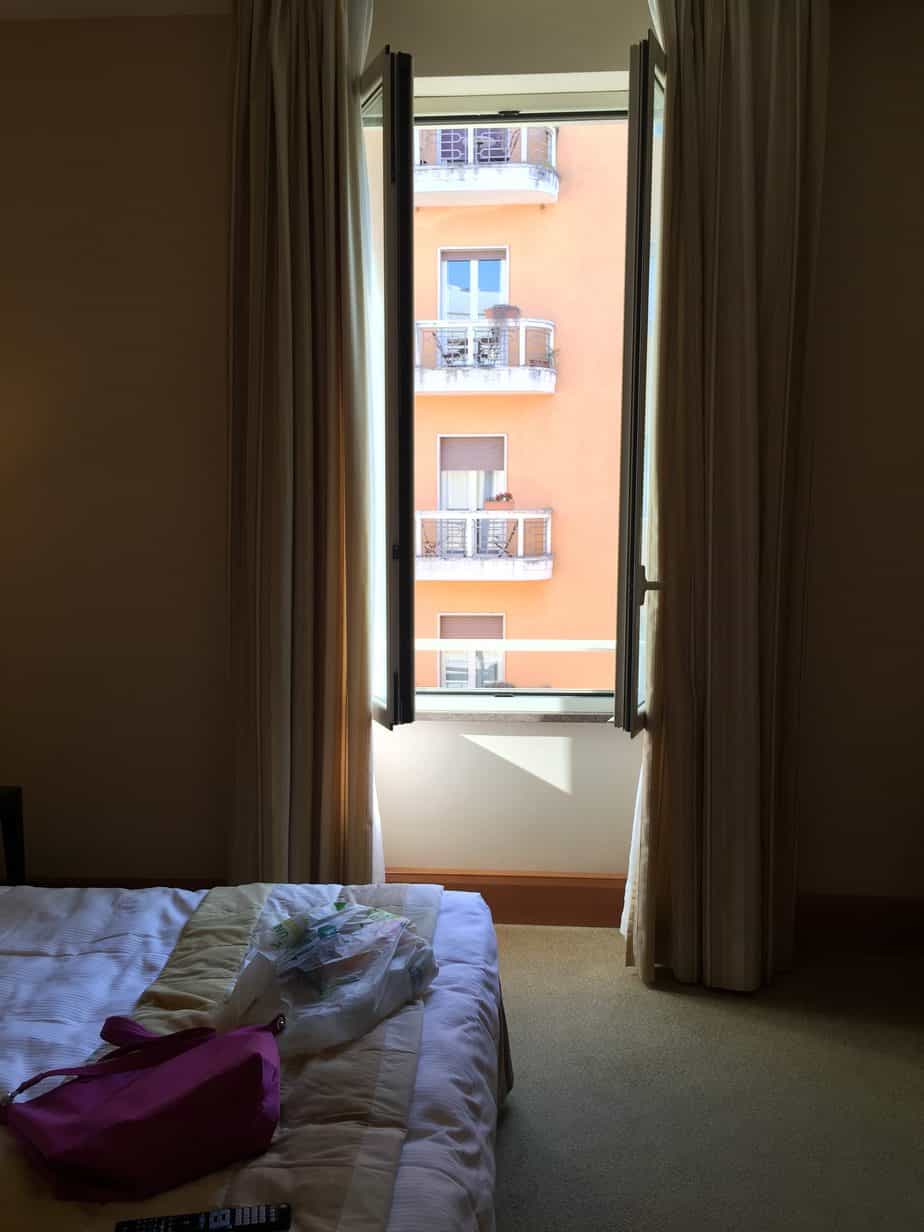 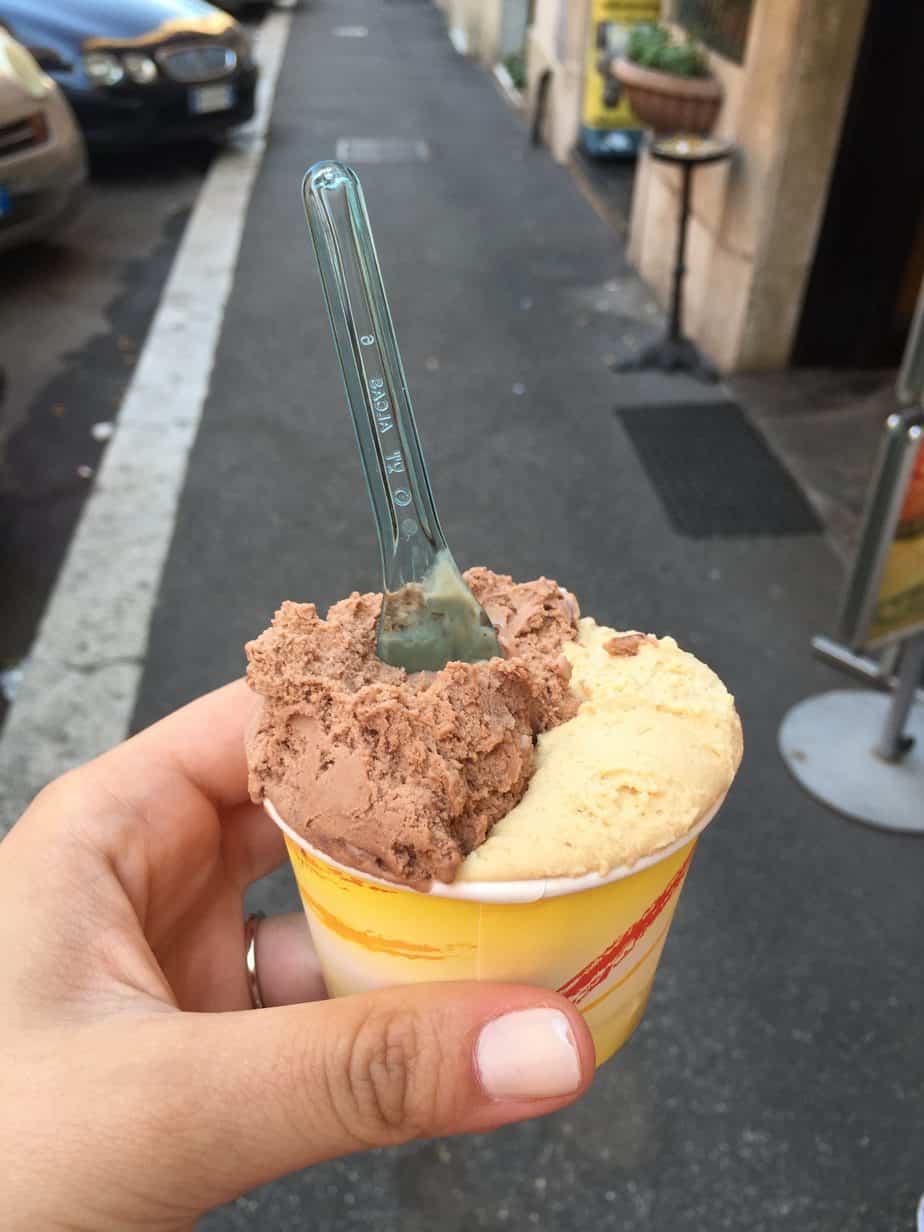 Day One in the Eternal City

Our adventures began at night, with a redeye from Miami to Rome. We left at 9 PM and arrived around noontime in Italy. We were so excited to be there! But, we were also exhausted since it was very difficult to sleep on the flight.

In order to try to beat the jetlag, we got situated in Hotel Capo d’Africa and immediately head out to explore the city. Our first stop, of course, was for food! And what do we get while in Italy… well, pizza and gelato! Shortly after, we called it quits and went to the hotel for the night and much needed shut eye.

The next morning started out with complimentary hotel breakfast on the rooftop with the Colosseum in plain view. They had the freshest bread and the biggest jars of Nutella I have ever seen! Not exactly the breakfast of champions, but it was delicious! Just what we needed right before our scheduled walking tour of the Colosseum and other ancient sites around the city. 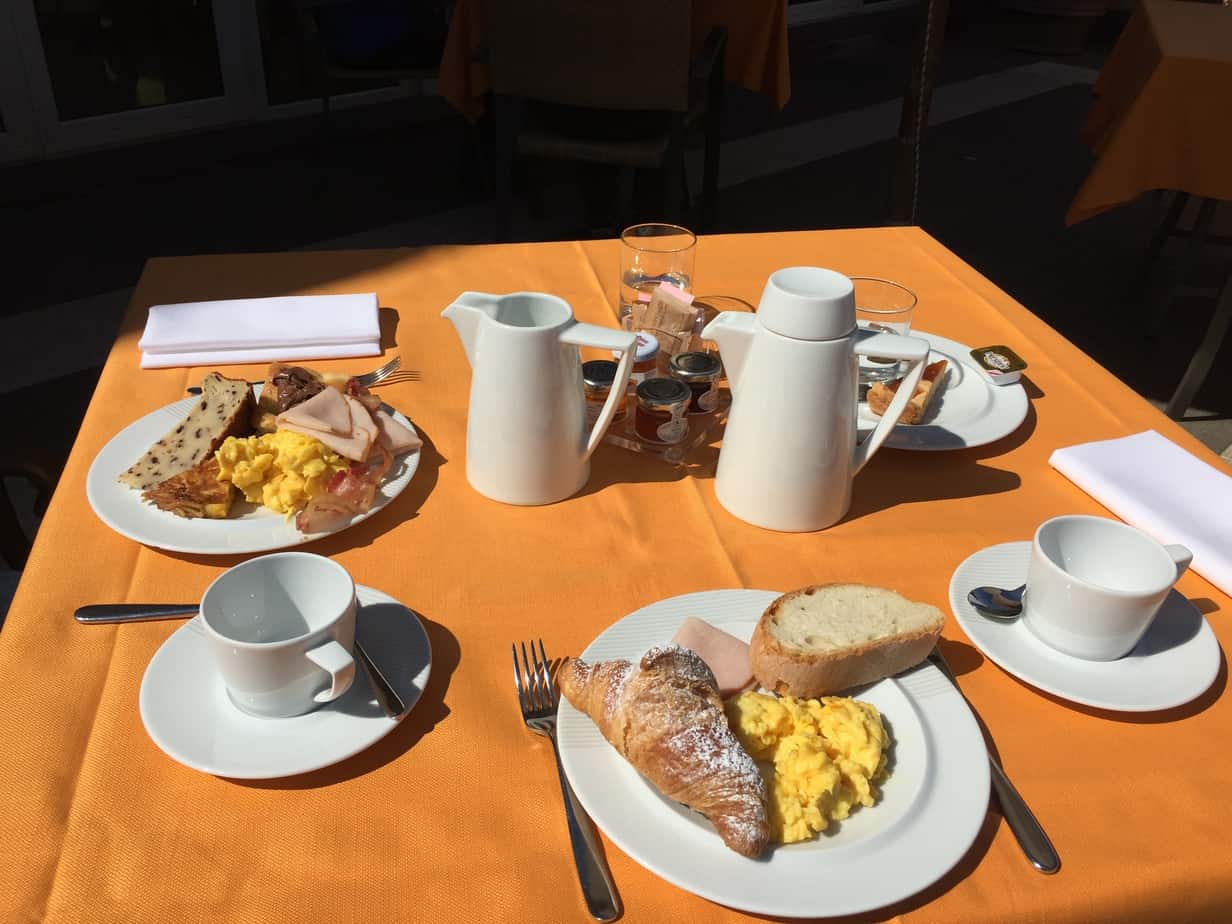 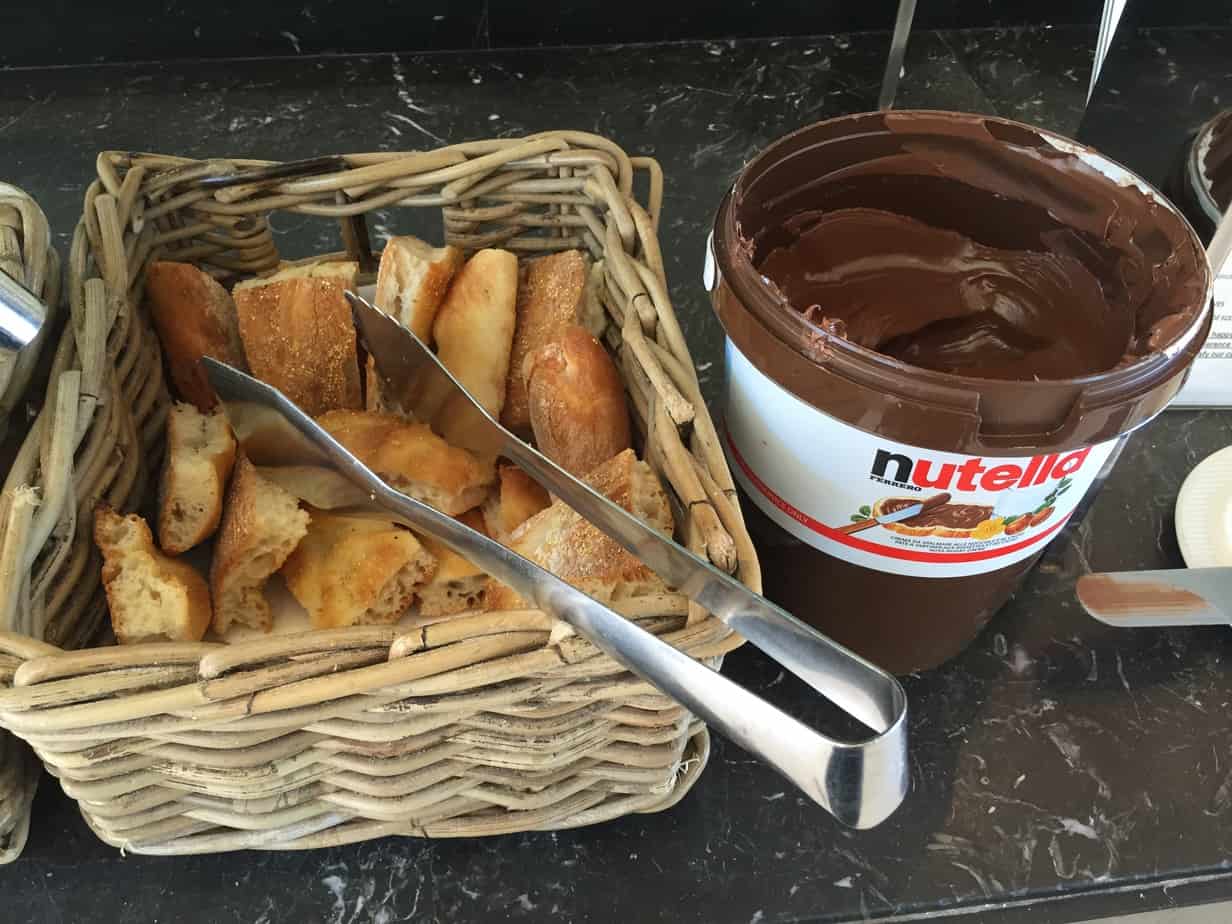 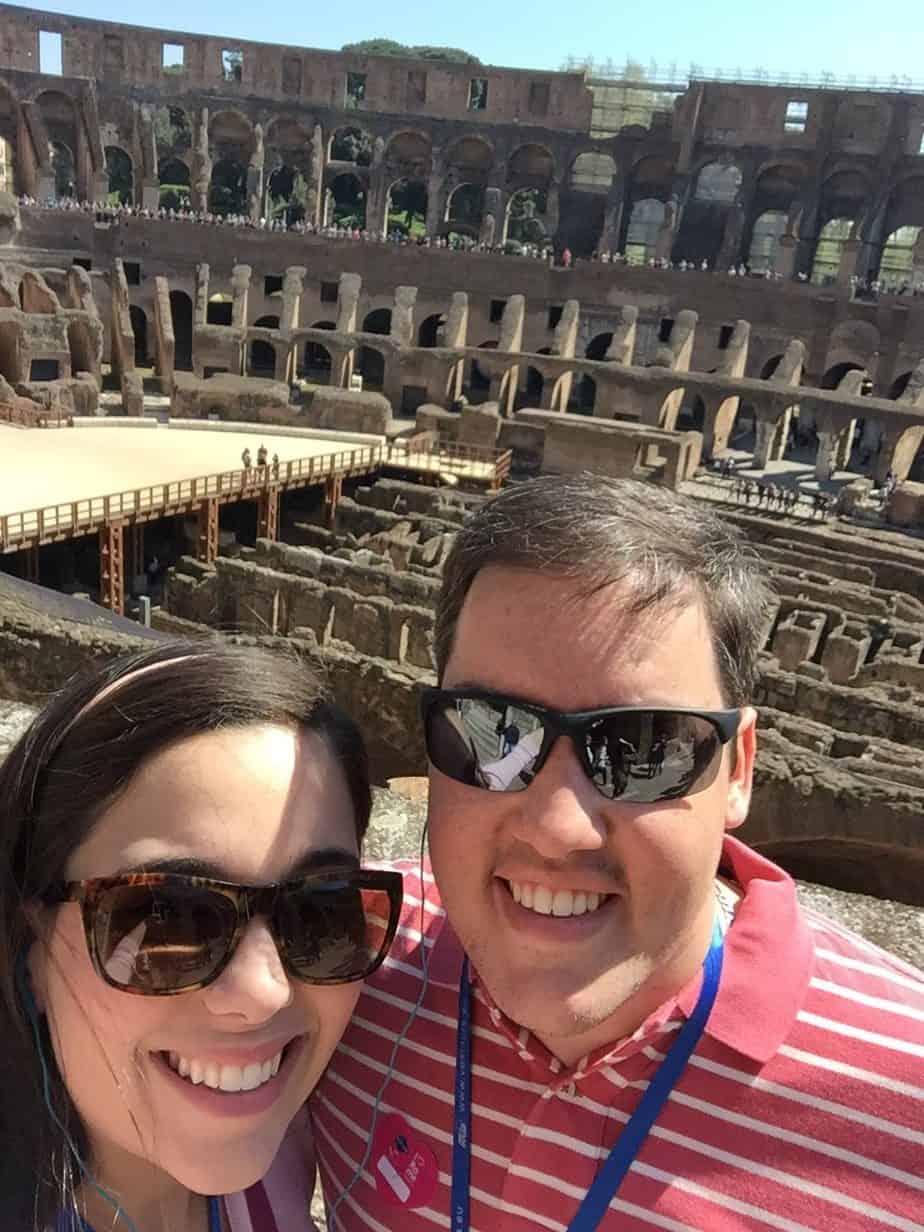 We had some down time while touring the Colosseum and enjoyed the attractions in the area. We bought the best Italian pastry (pop tart? Lol) while there, and to this day we reminisce about it. It was delicious. If only we had thought of taking a picture of the wrapper before eating it! 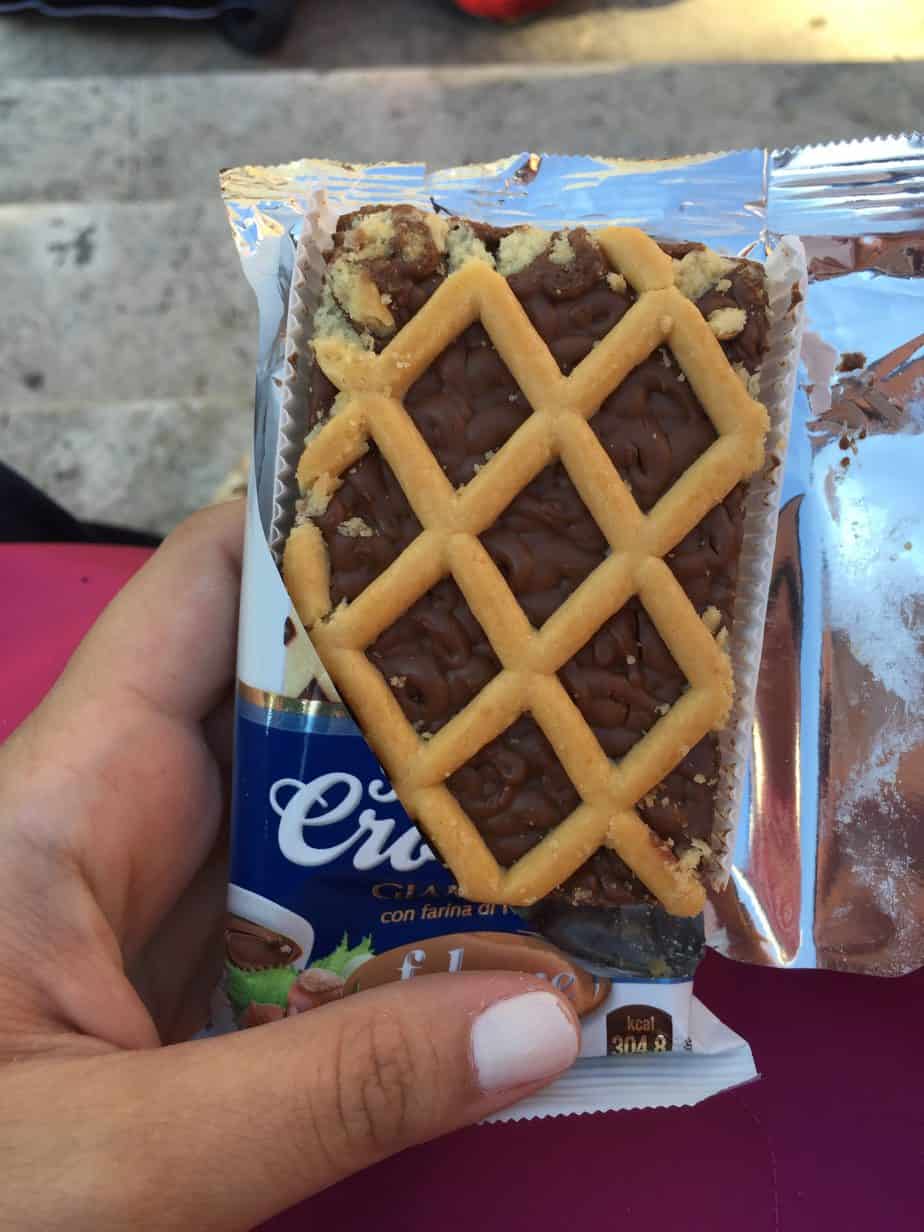 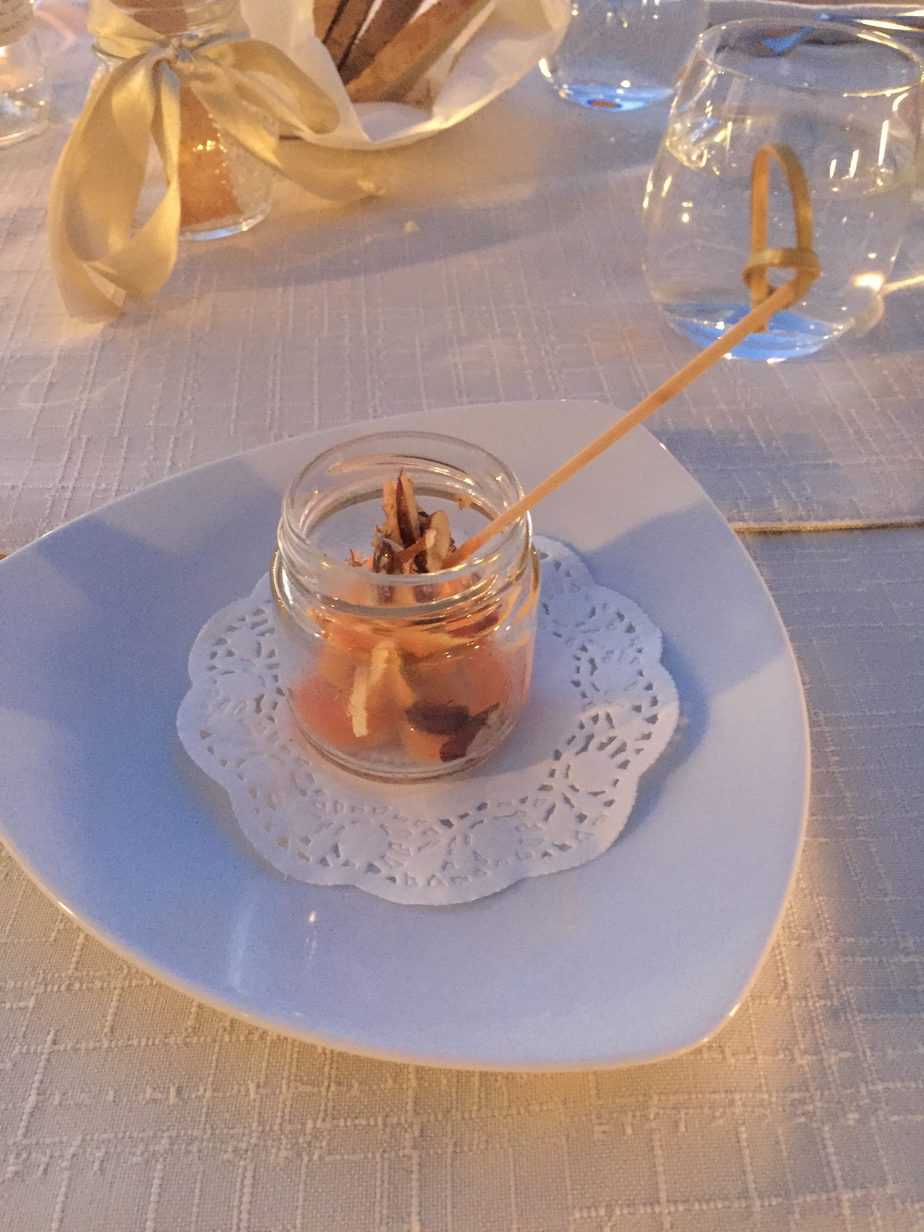 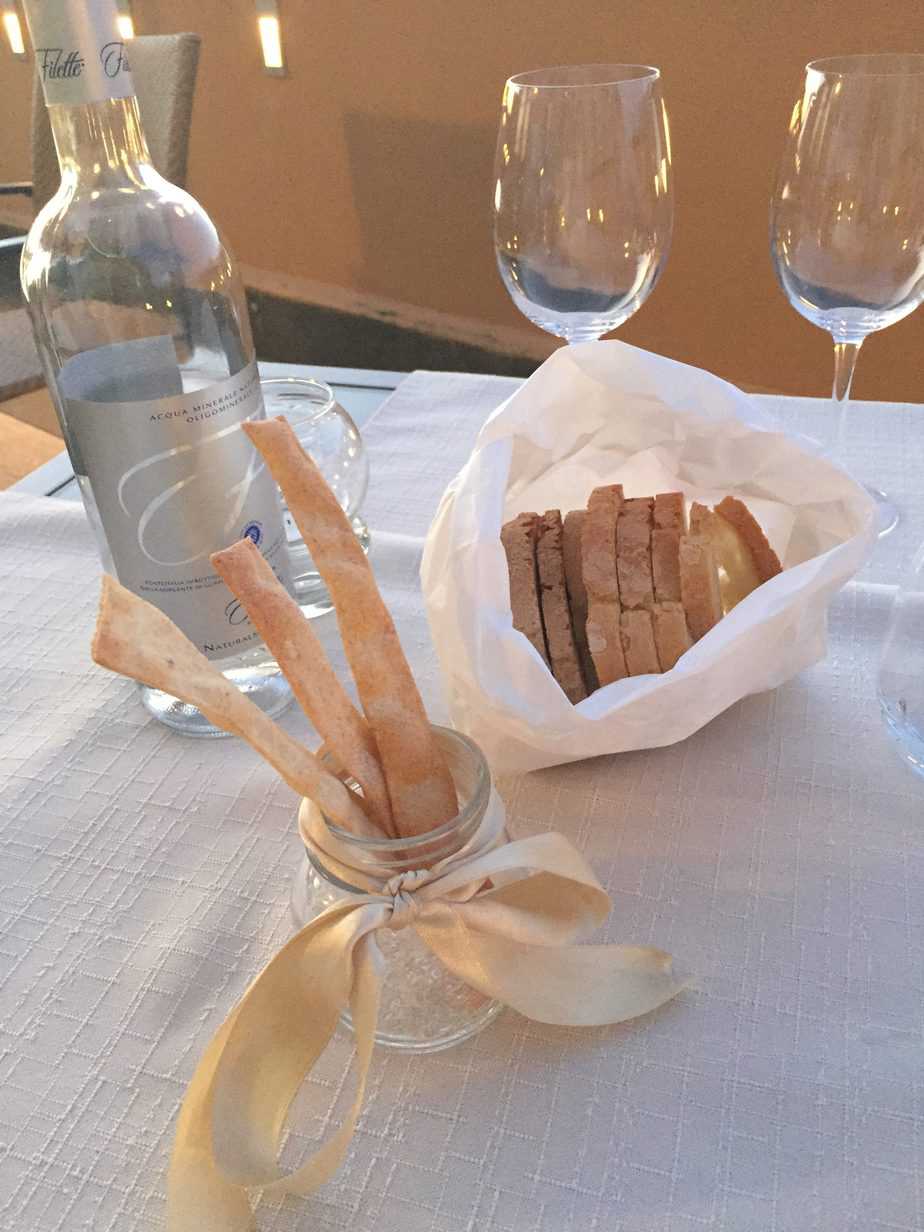 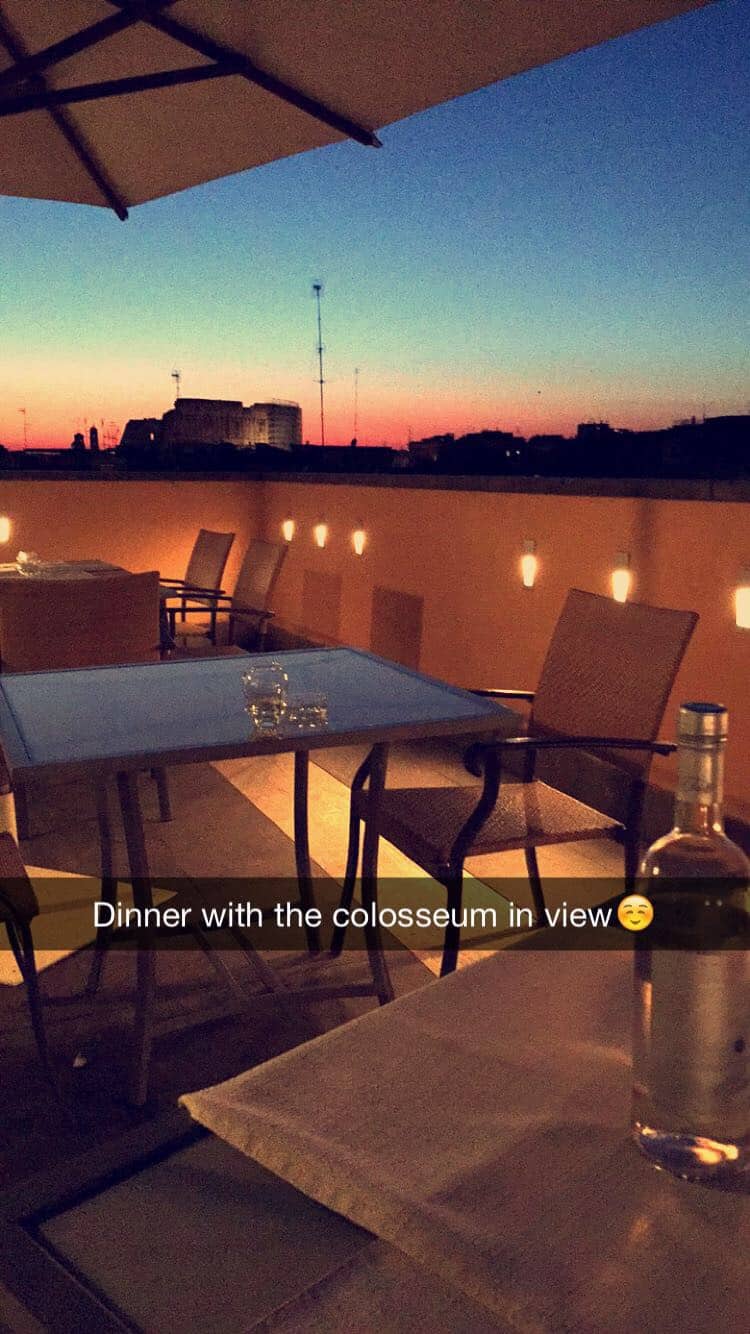 What we were waiting for…The Vatican!

The second day was the day I had been waiting for. We had a half-day tour of Vatican City. I scheduled for a car to pick us up at our hotel and drive us there. Of course, this was after another delicious complimentary breakfast! Vatican City, in my opinion, was not all it’s cracked up to be.

I don’t know. Call me spoiled? First world problems, maybe? Don’t get me wrong, it was interesting. And certainly, it was chocked full of history. But, it was way more museum-y than I had anticipated. There was a room full of rugs? The best part, though, was the walk back to the hotel from the Vatican. This was when we were really able to experience Rome. This is where Sophie and I created the most special memories. 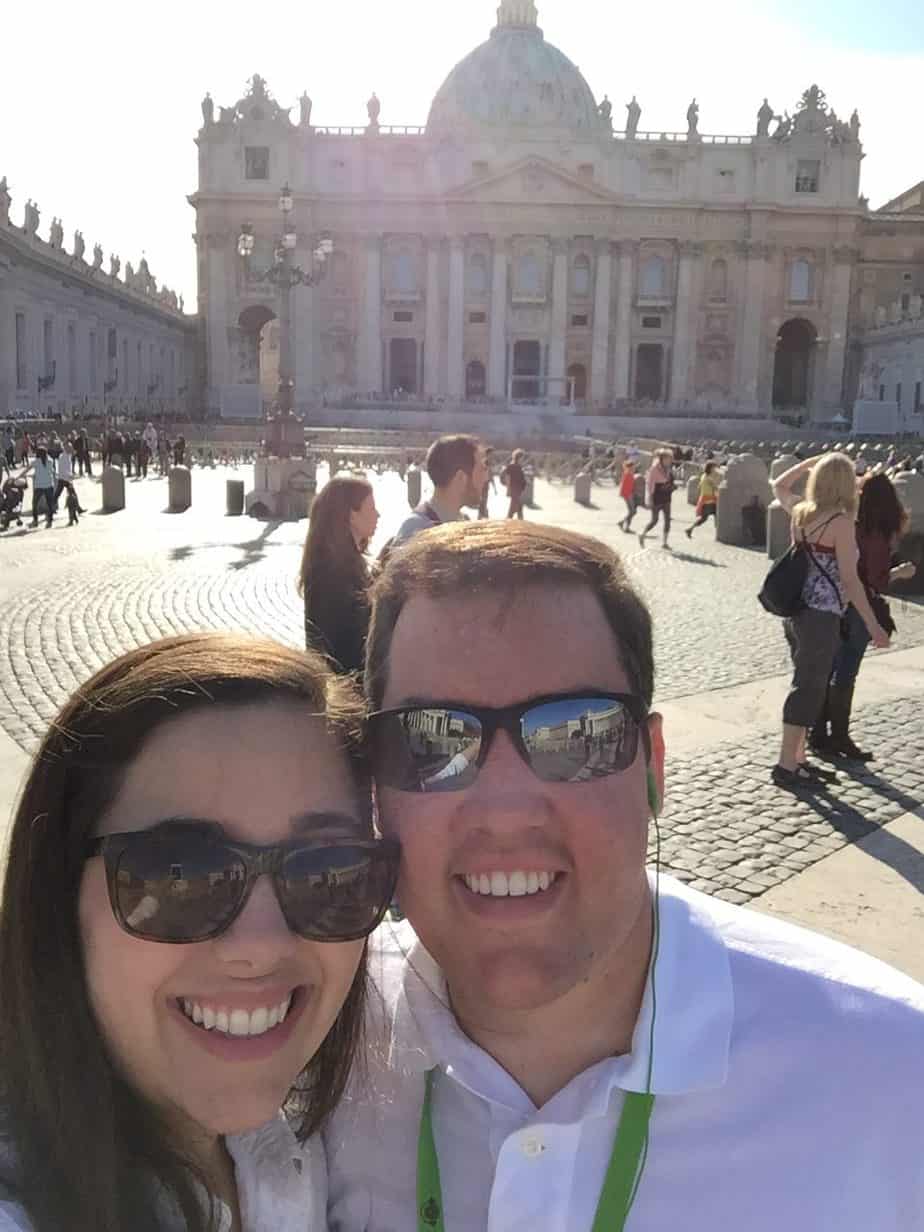 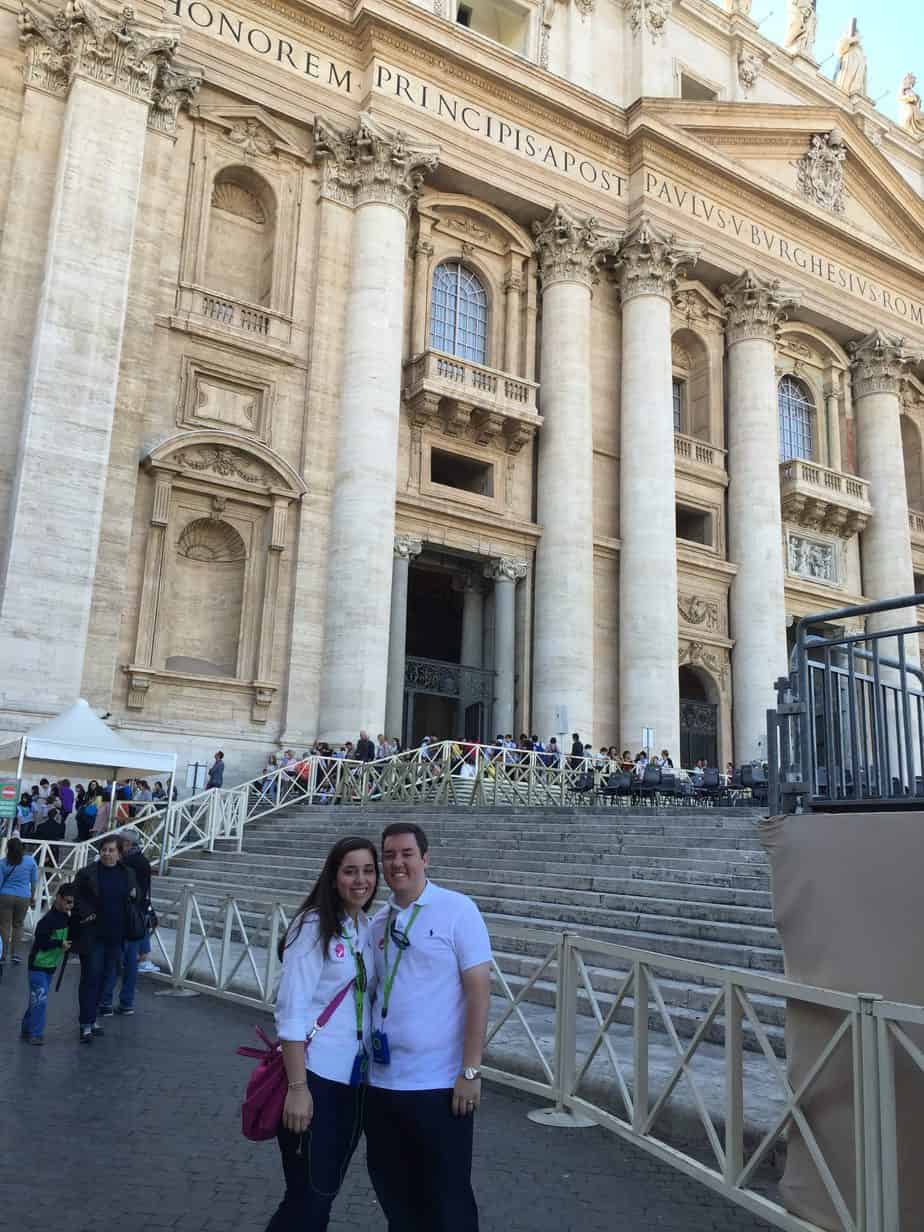 I remember we walked down the street and found a wonderful restaurant where they sold gourmet pizzas and other goodies. I had a cheese and potato pizza that was great. We were stuffed! And so we kept walking… and walking… just a little more walking…

Guess where we found the best treats…

We decided we wanted a small treat before heading back to the hotel, and what do we see in the corner? A McDonalds! So we went in, and believe it or not, we had the best tiramisu and coffee in that little restaurant! Who would have thought?! And of course, we left absolutely stuffed. We probably could have been rolled back to our hotel.

But as we continued on our walk, not five minutes later, we found a small little cannoli shop along the side of the road. This was Sophie’s only wish for this leg of the trip. She wanted to be able to say that she ate an authentic cannolo (did you know that was the singular form of cannoli? Lol) in Italy. We almost didn’t do it, because we were so full… But c’mon, YOLO! I convinced her to share a cannolo with me and boy are we glad we did. 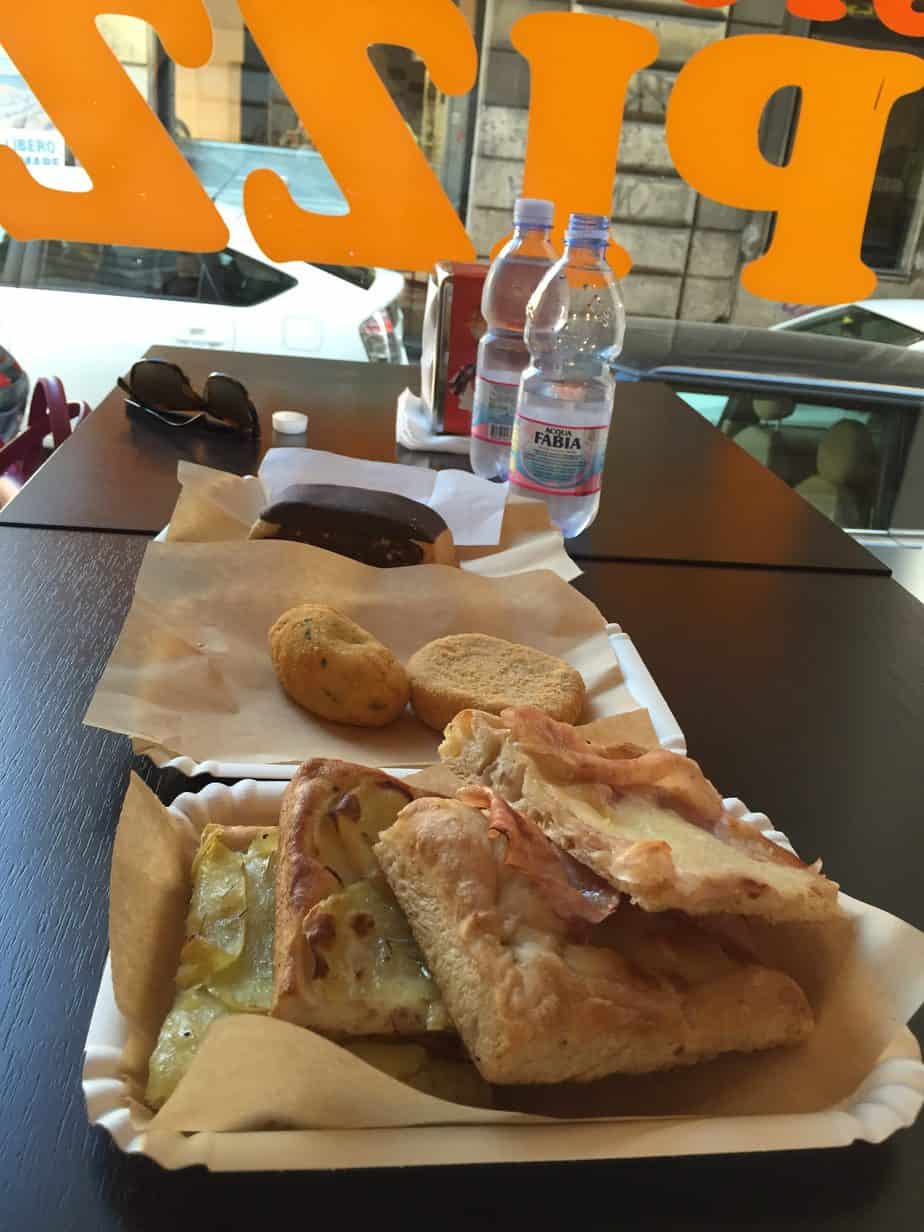 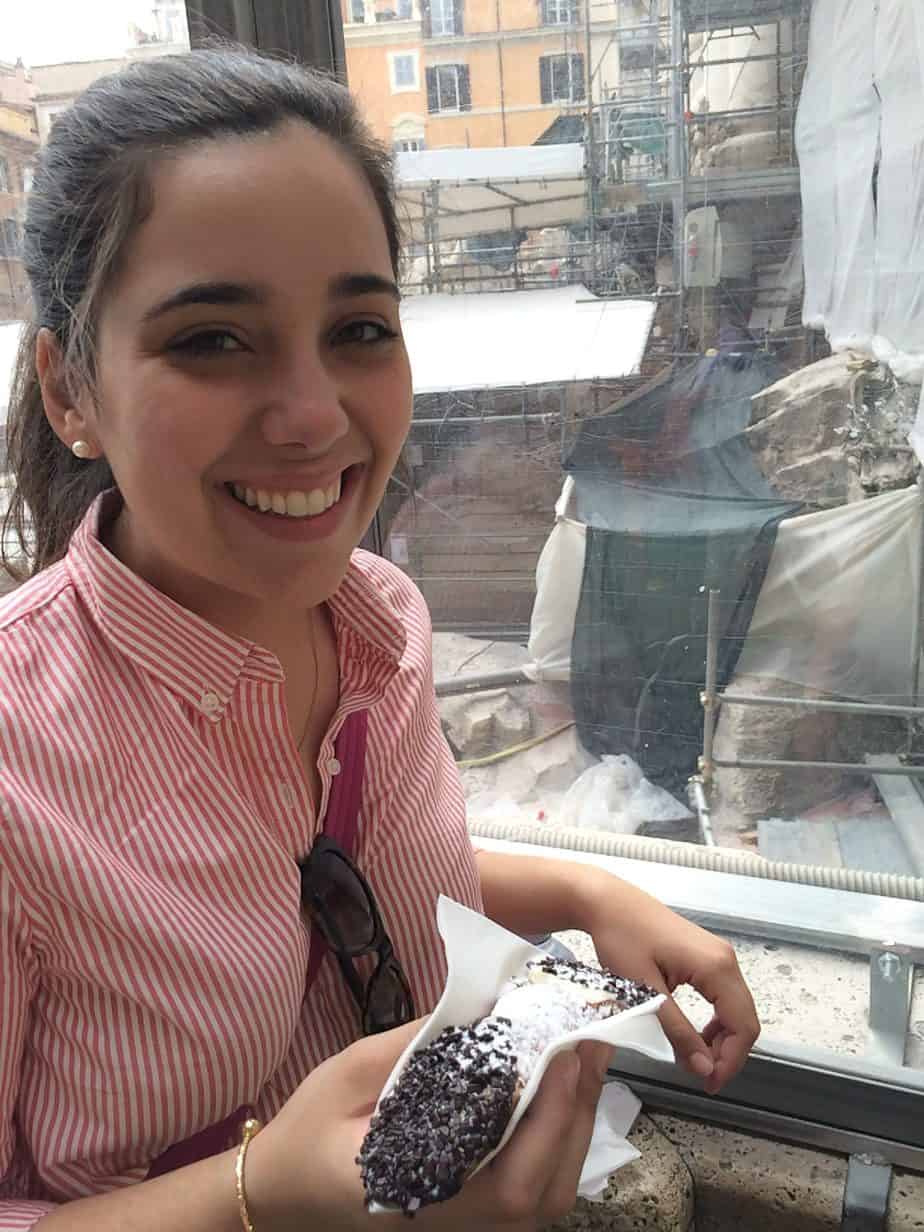 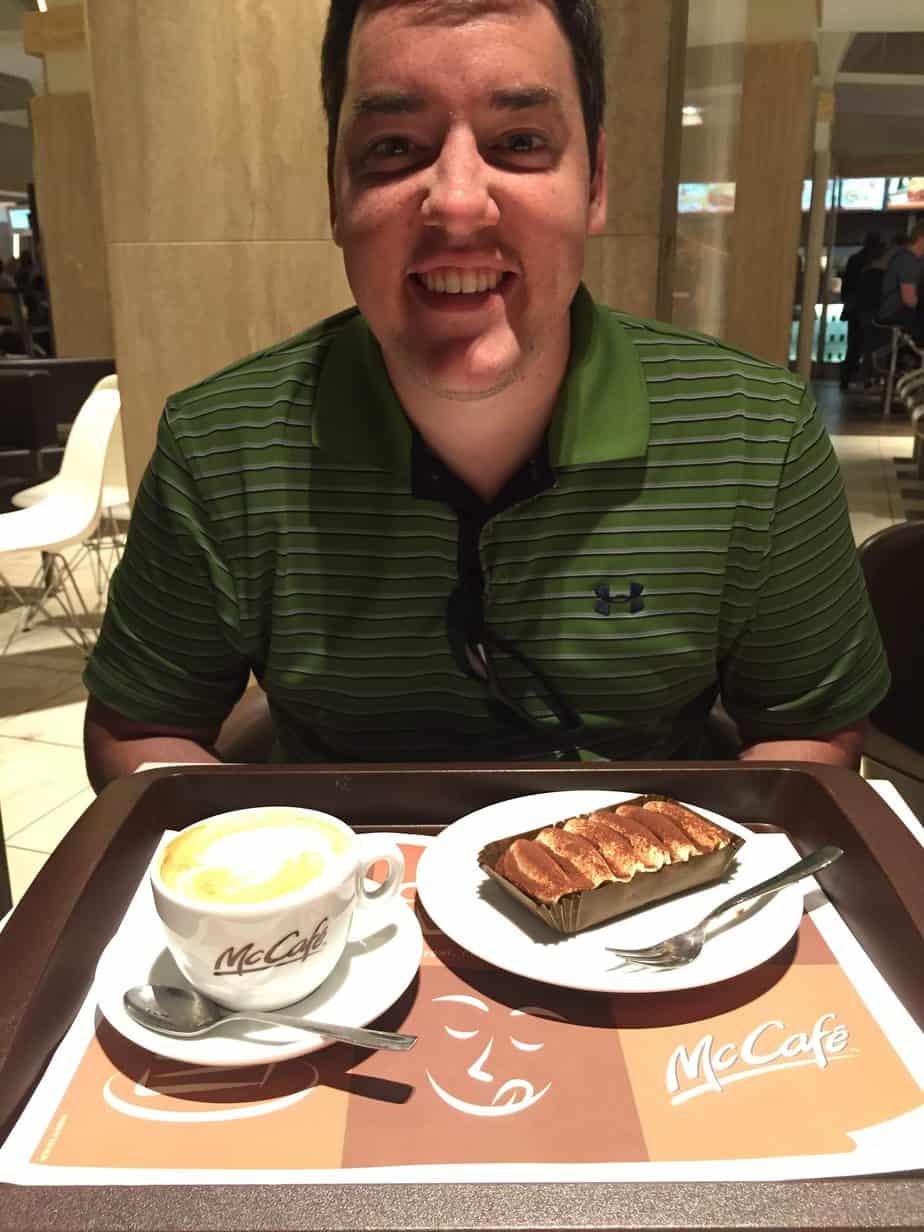 We walked into the shop, ordered a classic cannolo with chocolate chips and watched them prepare it before our very eyes. Then as we walked out and turned around… BAM! The Trevi Fountain. We had no idea it was right there. This is probably the coolest memory of being Italy. Unfortunately, though, it was under refurbishment while we were there, so we didn’t see it in all of its glory. But it was still such a neat experience!

Our final day in Italy consisted of ROME-ing the city. We walked by the Colosseum again and enjoyed a park nearby our hotel. We had lunch atop the Spanish Steps. It was wonderful. And that evening we ate a sunset dinner just by the Colosseum.

On our walk home, we had the most delicious ricotta cheesecake and cappuccinos at a small restaurant on the roadside. It was a chilly night, and we ate right next to a burner. The combination of that, with the coffees and dessert made our last night in Rome unforgettable!

Perhaps what astounded me the most about Rome was how all these ancient monuments and artifacts were so perfectly placed within such a modern city. We were staring at tall buildings and residences… and the next thing we knew, we were looking at beautiful ancient history. I remember my first glimpse of the Colosseum was bit off-putting because it right along a very busy road! But then you walk into the Colosseum, and you are reminded why Rome truly is the Eternal City. 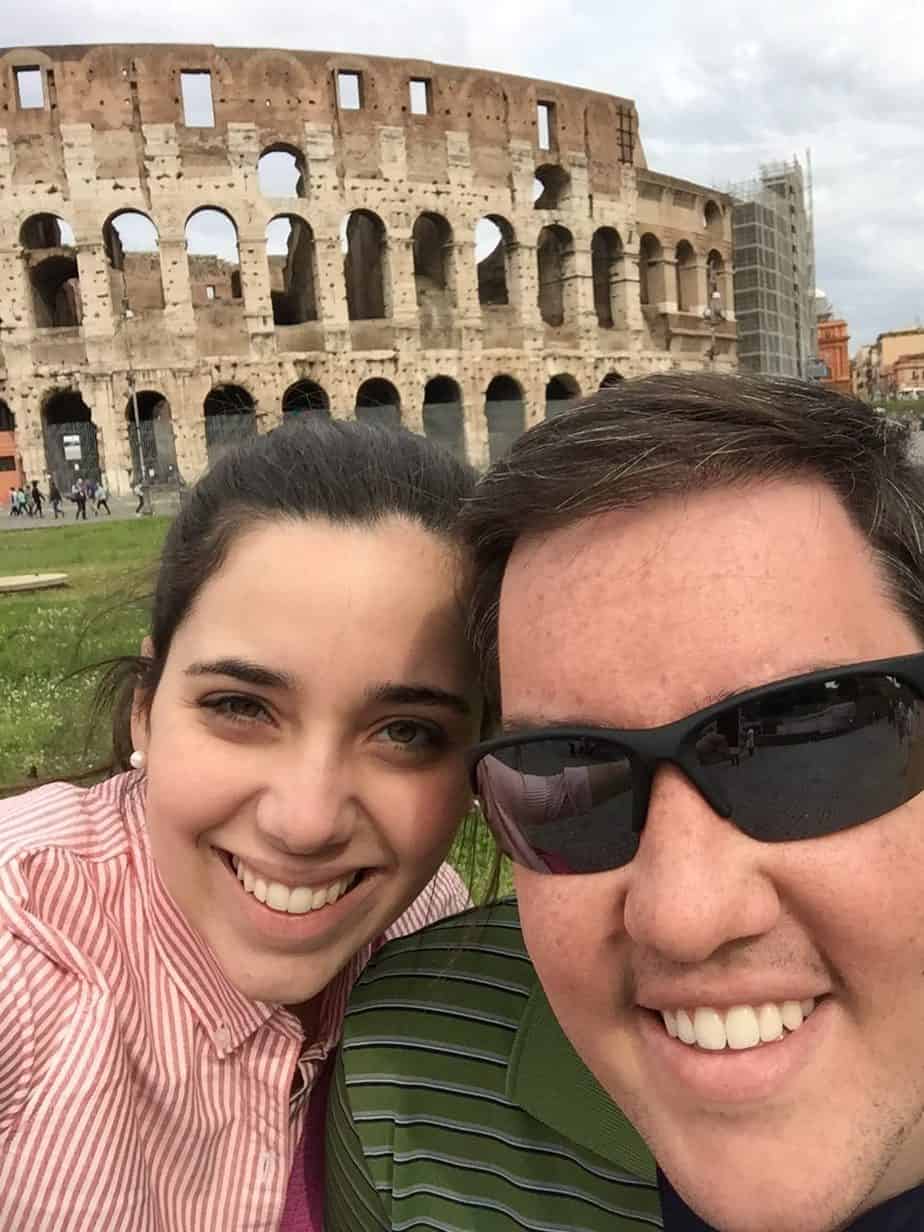 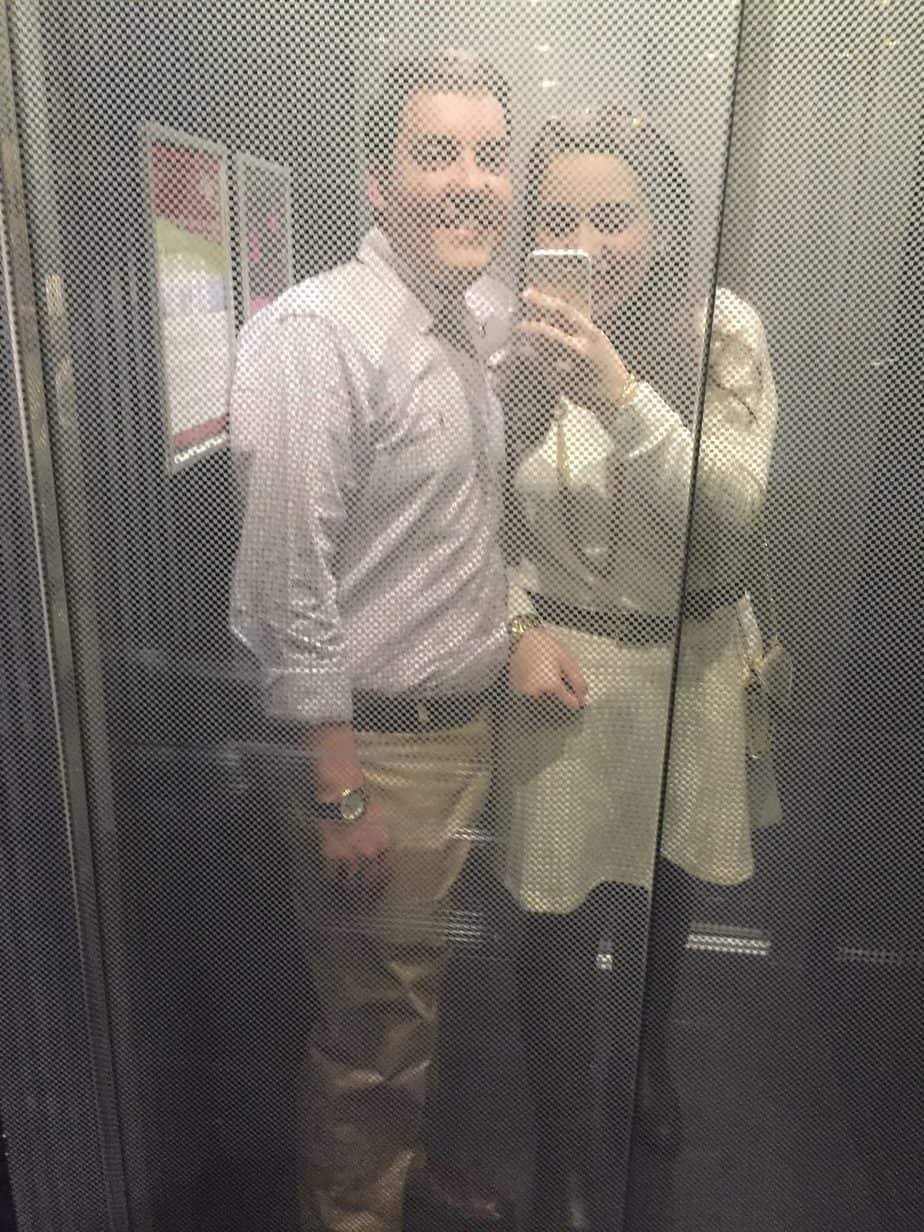 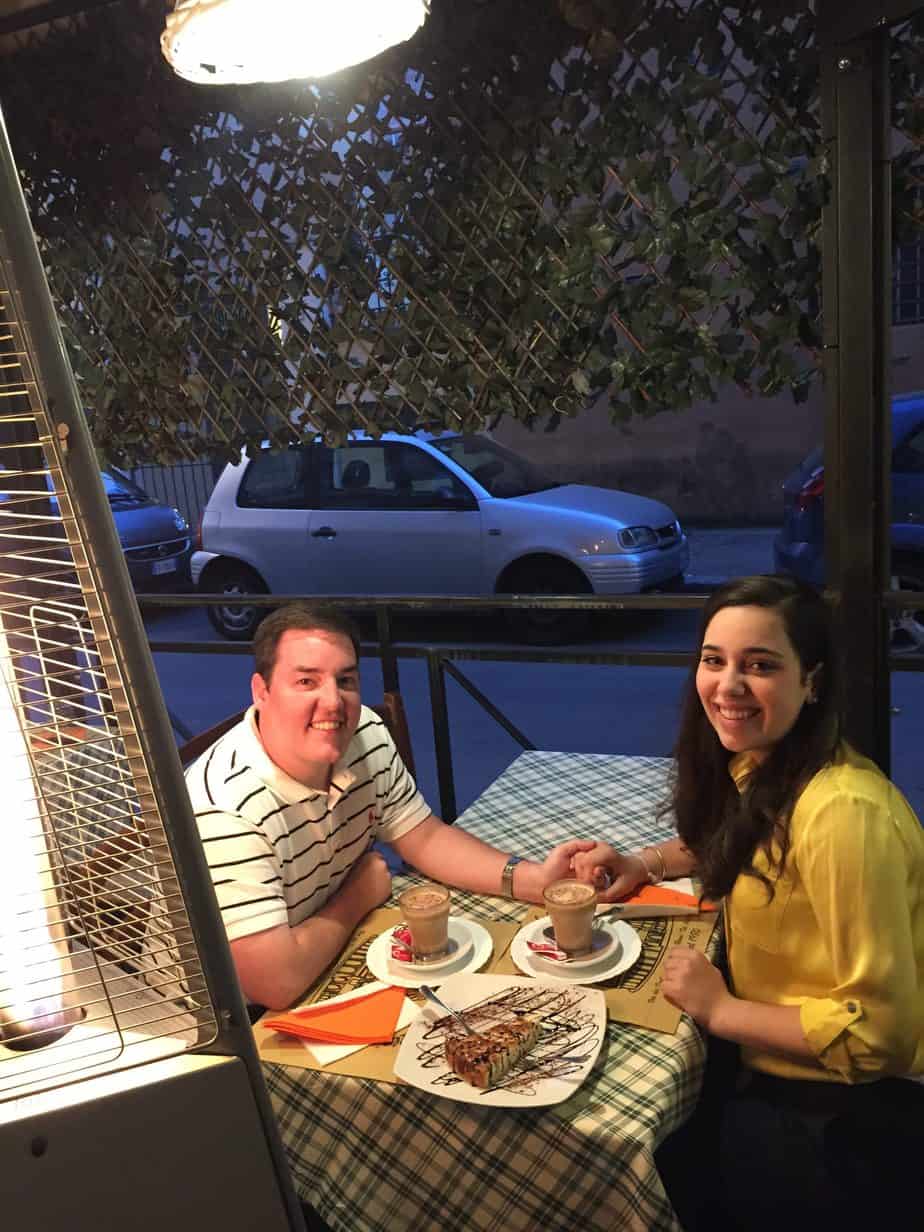 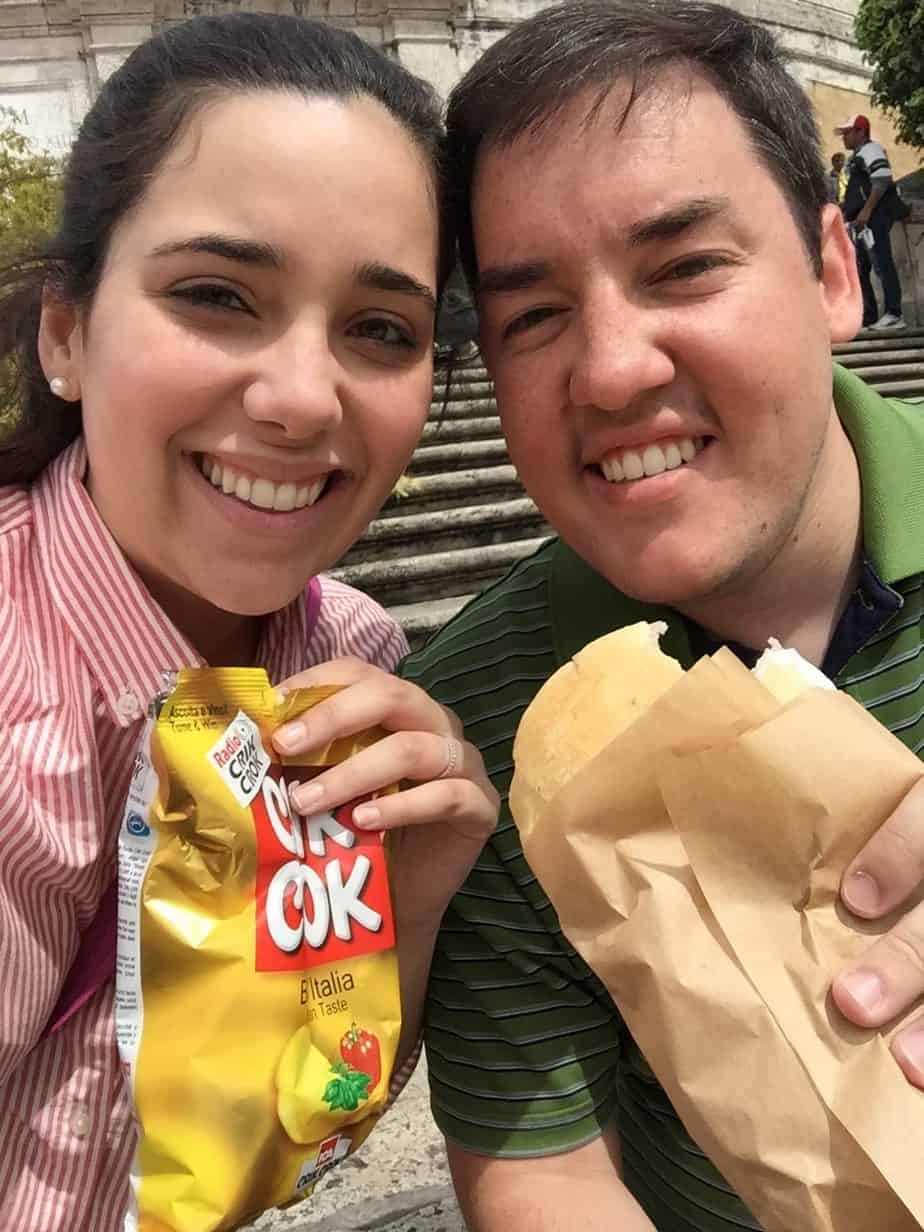 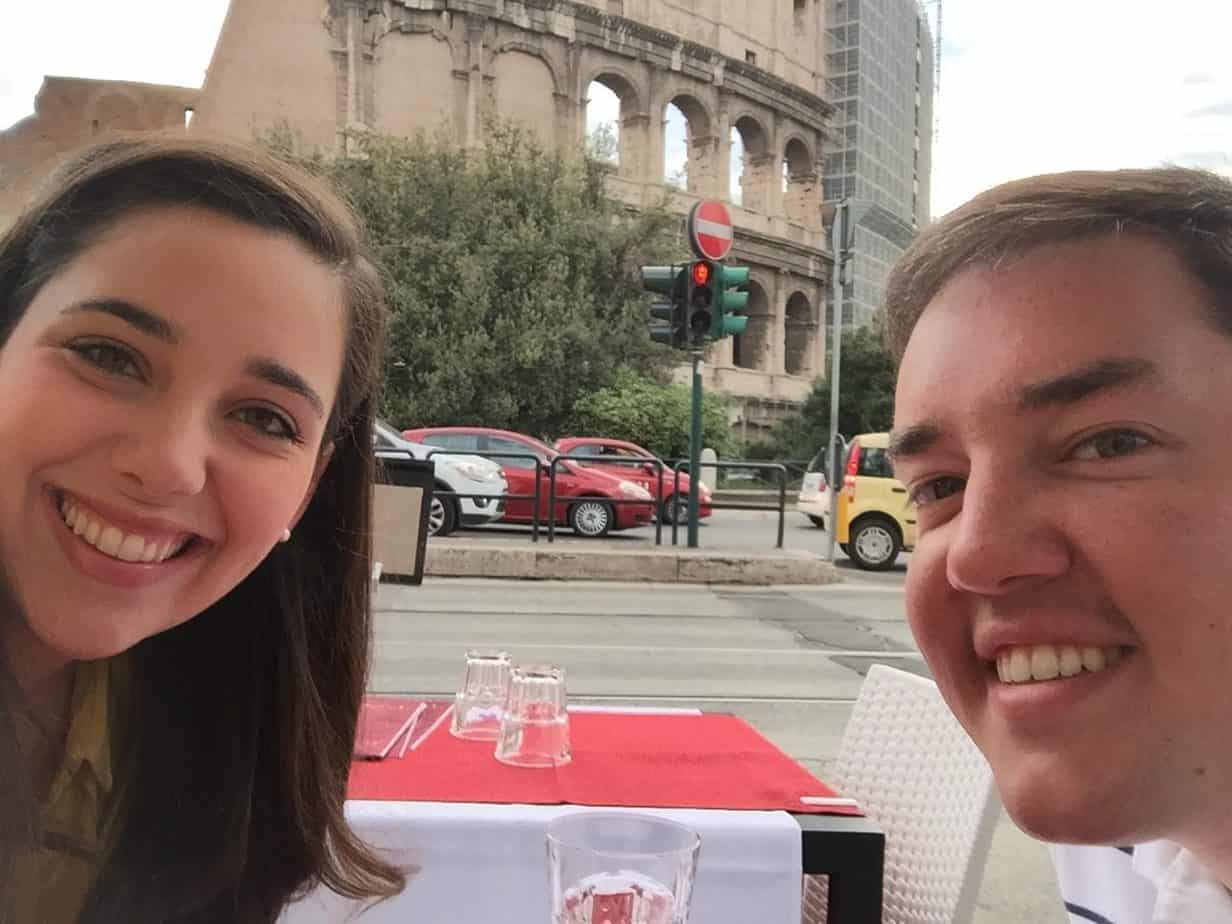 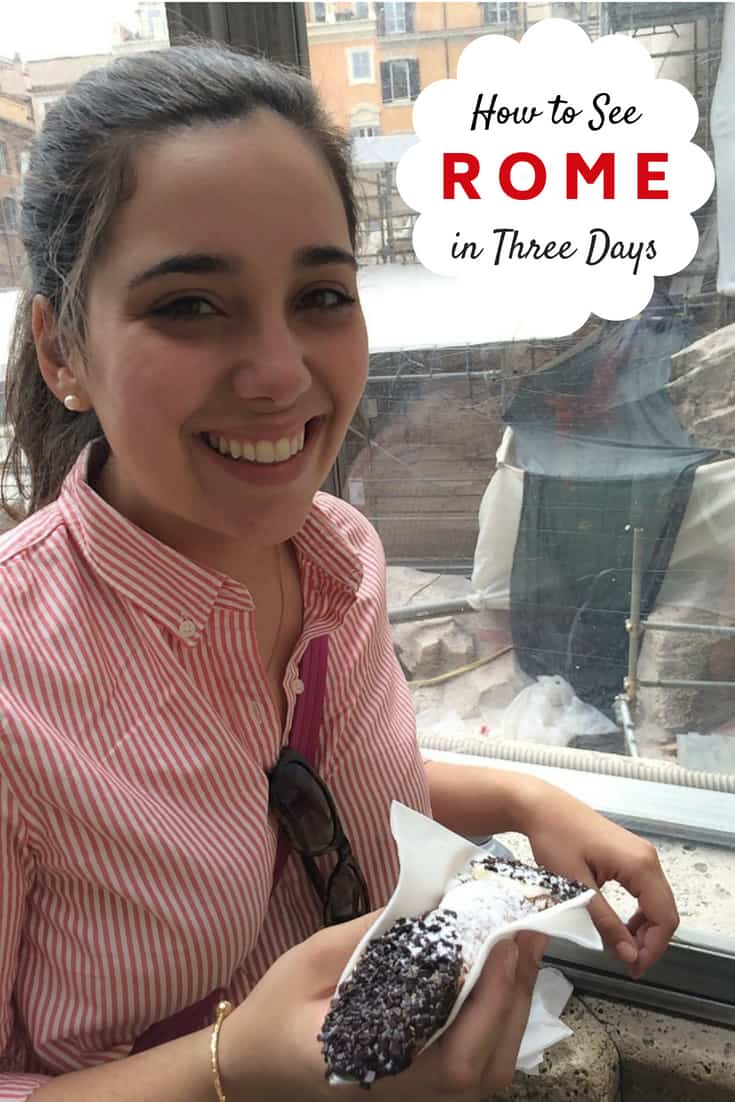 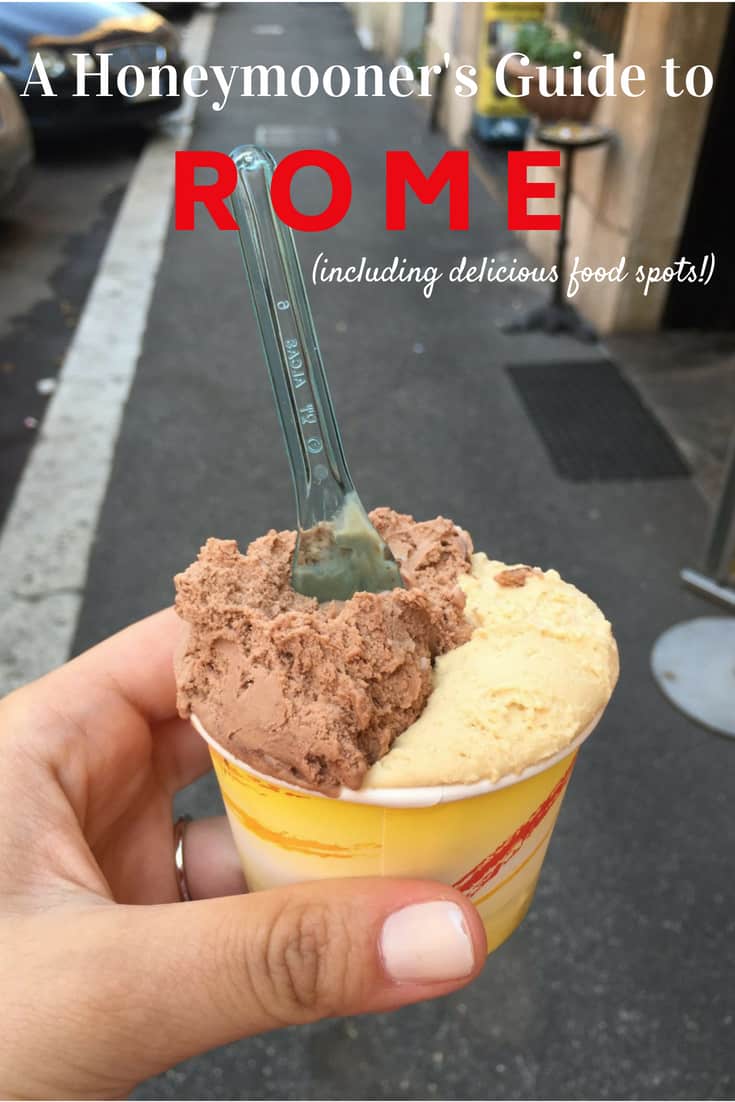 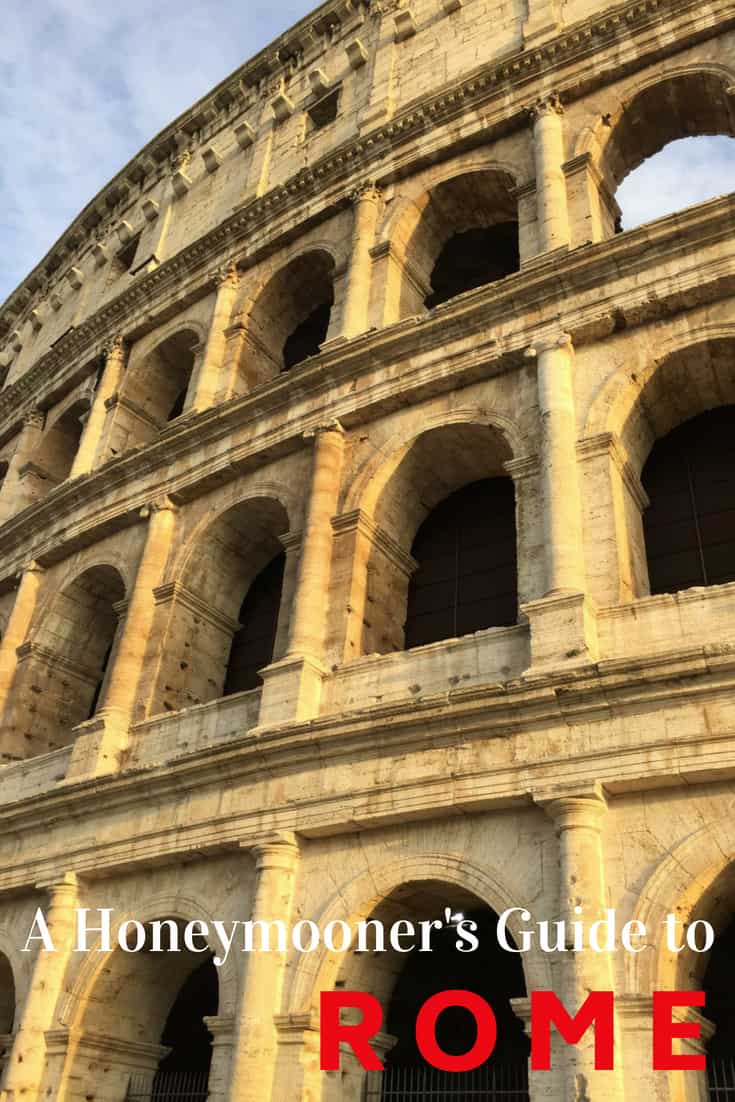